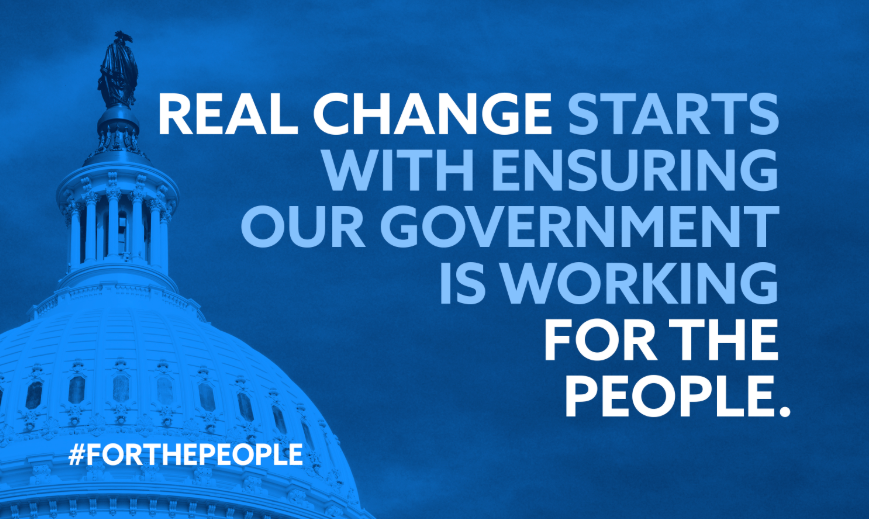 When Mitch McConnell is mocking the most historic legislation in history as a “parade of horrible,” you know he and his rich and shameless friends are scared that their power is at risk. Democrats in the House are creating legislation that will get America back to where it needs to be: one that was created for the people.

Here are the top three ways HR1 is returning trust back to our democratic institutions:

Campaign Finance Reform: Ending the dominance of big money in politics – ending the dominance of big money in our political system by requiring transparent disclosure of big-money contributors and special interests; creating a powerful matching system for small donations that amplifies citizens’ voices in politics and breaks the special interest stranglehold on Congress; pushing back on Citizens United; and strengthening oversight of campaign finance by tightening rules on super PACs, empowering the Federal Election Commission’s enforcement abilities, and repealing GOP rules that prevent government agencies from requiring commonsense disclosure of political spending.

Ethics and Accountability: Ensuring public officials work for the public interest – breaking the influence economy in Washington and increasing accountability by expanding conflict of interest law and divestment requirements, slowing the revolving door, preventing Members of Congress from serving on corporate boards and requiring presidents to disclose their tax returns. H.R. 1 also strengthens ethics enforcement by closing loopholes for lobbyists and foreign agents, empowering watchdogs, overhauling the Office of Government Ethics and creating a code of ethics for the Supreme Court.